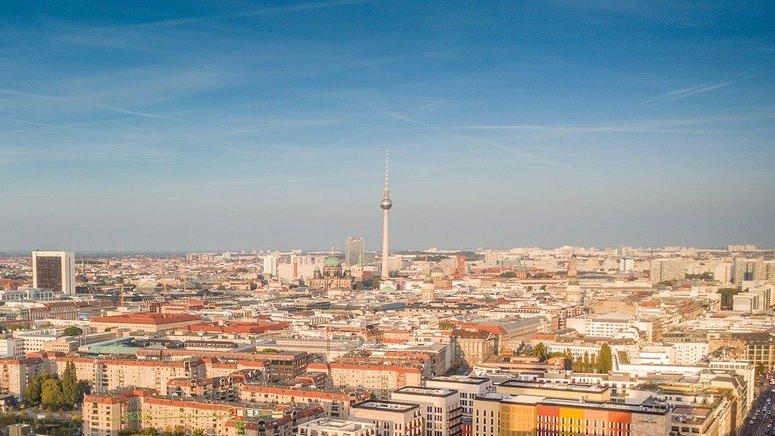 Image by Allthings Berlin from Pixabay

The Centre for British Studies at Humboldt University Berlin is currently involved in two projects that highlight the importance of the city of Berlin for British artists: The project Happy in Berlin? English Writers in the City, The 1920s and Beyond in cooperation with Oxford University and the online exhibition Britons in Berlin: An Exploration through the Senses” curated by students of the Centre for British Studies. Both ventures have created excellent multimedia outlets in which the participants present and discuss their work and findings. These constitute helpful resources to study the impact of Berlin’s urban and social fabric on British literary works.

The longstanding academic exchange between Oxford University and Humboldt University Berlin recently resulted in a cultural program themed “Happy in Berlin?” that combined on-site exhibitions, online panels, a podcast series, an interactive map, and the publication of an essay collection to explore the interconnection between Berlin, British literary artists and writers, and the ‘Myth of Berlin’ to which they contributed.

Three on-site exhibitions investigated and illustrated three different perspectives of British artists’ and intellectuals’ activities in Berlin throughout the 20th century: Stephen Spender at the Weston Library, Oxford (May 17 – July 11, 2021), Politics, Psychoanalysis, and Pleasure at the Grimm-Zentrum of Humboldt University (June 15 – July 31, 2021), and English Writers in the City at the Literaturhaus Berlin (June 15 – July 31, 2021). The Literaturhaus Berlin accompanied its exhibition with a series of online panels on YouTube that covers among other topics Berlin’s film culture or Christopher Isherwood's Berlin years.

The project's accompanying website Happy in Berlin? Berlin through English Eyes functions as a hub for the entire project but also adds more layers to the investigative program by offering an interactive map. It traces key places in Berlin where English cultural life took place and merged with the city’s legendary vibrancy thus “chart[ing] how English-speaking writers encountered the city of Berlin and how they wrote about it in their published and private works.” Concise essays written by Stefano Evangelista and/or Gesa Stedman put important places like the Institute of Sexual Science or the Ufa-Pavillon in context and describe how they influenced individual writers and their literary works. Combined with the excellent portrays of Berlin-inspired writers such as Christopher Isherwood, Bryher, W.H. Auden, or Elizabeth Wiskemann, this website paints a lively picture of the intricate connections between artists, places, and historical circumstance in Berlin.

The podcast series Happy in Berlin hosted in Oxford enriches this documentation even more by detailing the connections between British writers and the city of Berlin in conversation. Five episodes address different aspects of being a writer in Berlin:

The results of the scholarly exchange between Oxford University and Humboldt University over the past years have been published in the English/German exhibition catalogue Happy in Berlin? English Writers in the City, the 1920s and Beyond. It offers great cultural and historical analyses and will shortly be part of Göttingen's collection and thus accessible via interlibrary loan.

Students of the Centre for British Studies at the Humboldt University Berlin have curated a great online exhibition to convey contemporary British-German cultural relations via the senses. The exhibition has been online since June 2021 and explores the experiential interconnections between British artists and the urban fabric of the city of Berlin to illuminate how these connections were reflected in art. The artistic results are presented according to the sense with which they are primarily perceived.

In order to convey the broad cultural expressions through which Berlin is negotiated, this exhibition furthermore engages its audience with interactive and multimedia sections: An online film projection and Q&A session with painter and film maker Barbara Loftus, an online panel with Drag performers to discuss Berlin’s reputation as queer capital of the world, and an elaborate Music Quiz. Special attention should be paid to the Children’s Corner where children are playfully engaged with the history of Berlin in German and English.

Enjoy your exploration of Berlin and the great artistic and intellectual creations the city sparked!